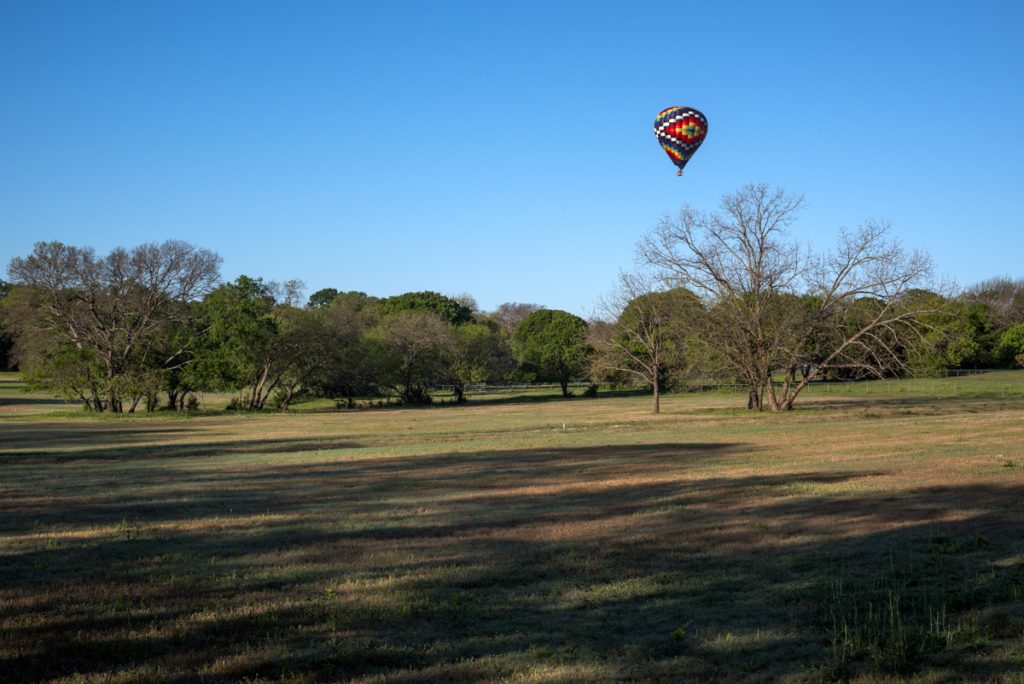 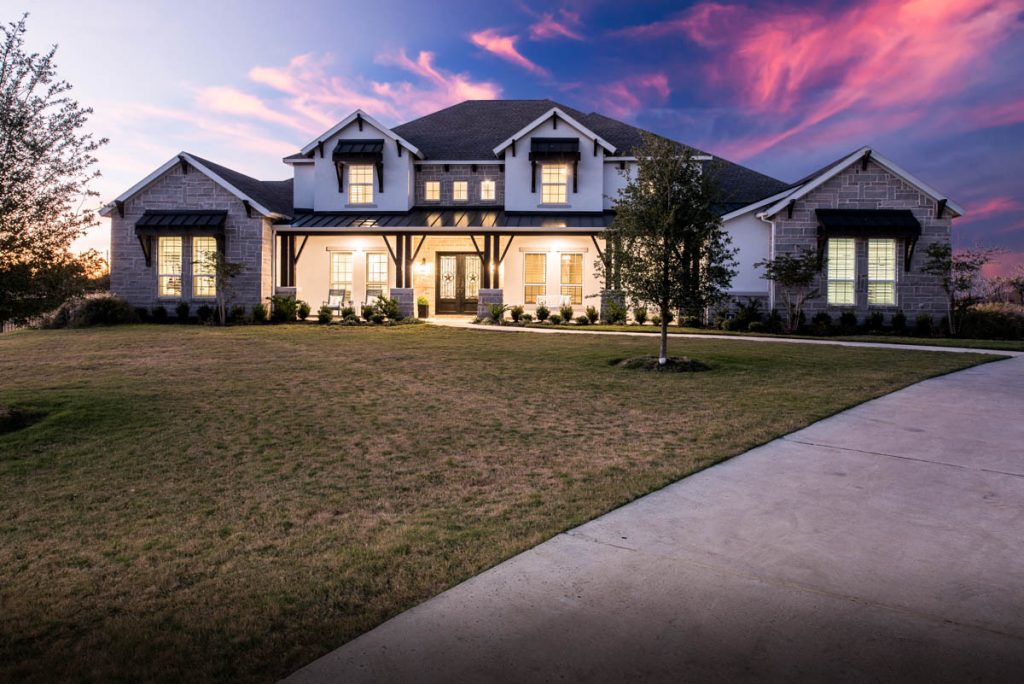 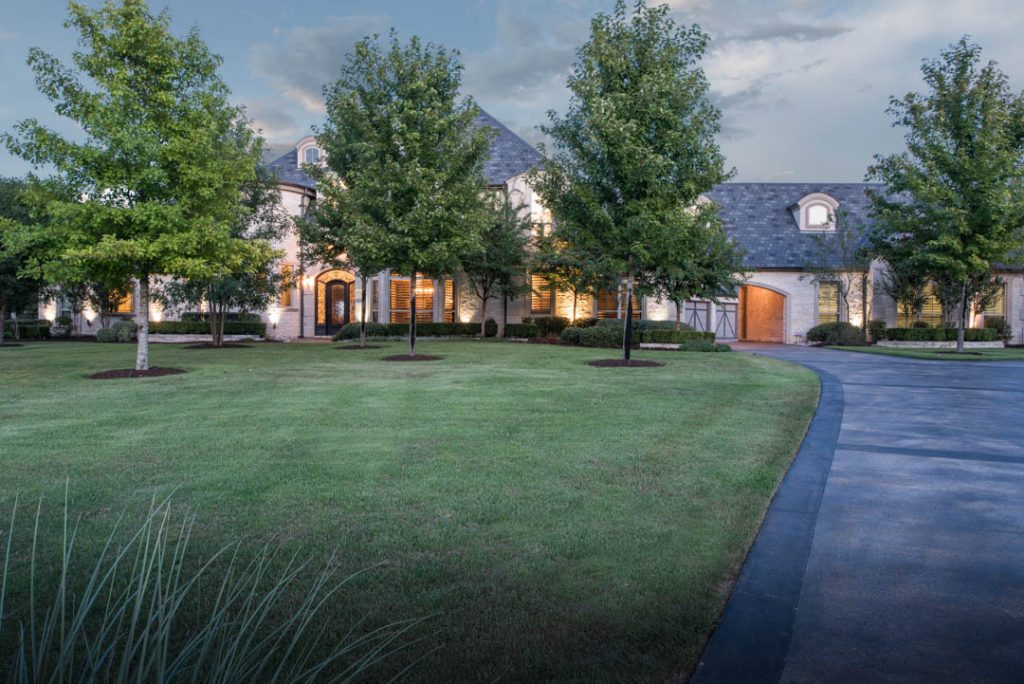 Pam is the foundation on which Matlock Real Estate is built—her industry knowledge and unwavering commitment to honesty and integrity are only a few of the reasons why so many clients are so endeared toward her and are proud to work with her time and again. She is honored to have developed quality working relationships with numerous high profile clients who love working with Pam and consider Matlock Real Estate their preferred brokerage.

When working with a brokerage, you want to be certain that your best interests are of foremost importance, and Pam is dedicated to finding you the best opportunities and ensuring that you are fully informed to make the right decisions about your purchase. Pam’s clients enjoy working with her, and Pam’s commitment to service ensures that they feel she is fully invested in their process of buying or selling their home.

An accredited luxury home specialist, Pam has earned a reputation for success during her career selling high-end residential estates in the Collin country area for the better part of the past decade. Voted Realtor of the Year 2010 for volume of sales and contributions to her community, a graduate of the Realtor Institute as well as an accredited buyer representative, she is the perfect choice for selling and purchasing your luxury home. 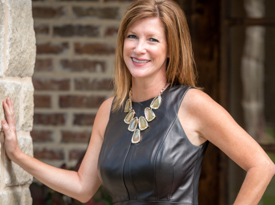 Ashley Parks is eager to help individuals and families find the community and property of their dreams as a member of the Matlock Real Estate team.

She first fell in love with real estate after going through a number of her own relocations and land purchases. Her passion lies in residential, farm, ranch, and investment properties. She brings years of real estate experience and even more experience as a Collin County resident. Ashley grew up in Abilene, TX and after marrying her husband in 2000, moved to Lindale. They later relocated to Lucas, where they’ve spent the past 10 years raising their 2 children. 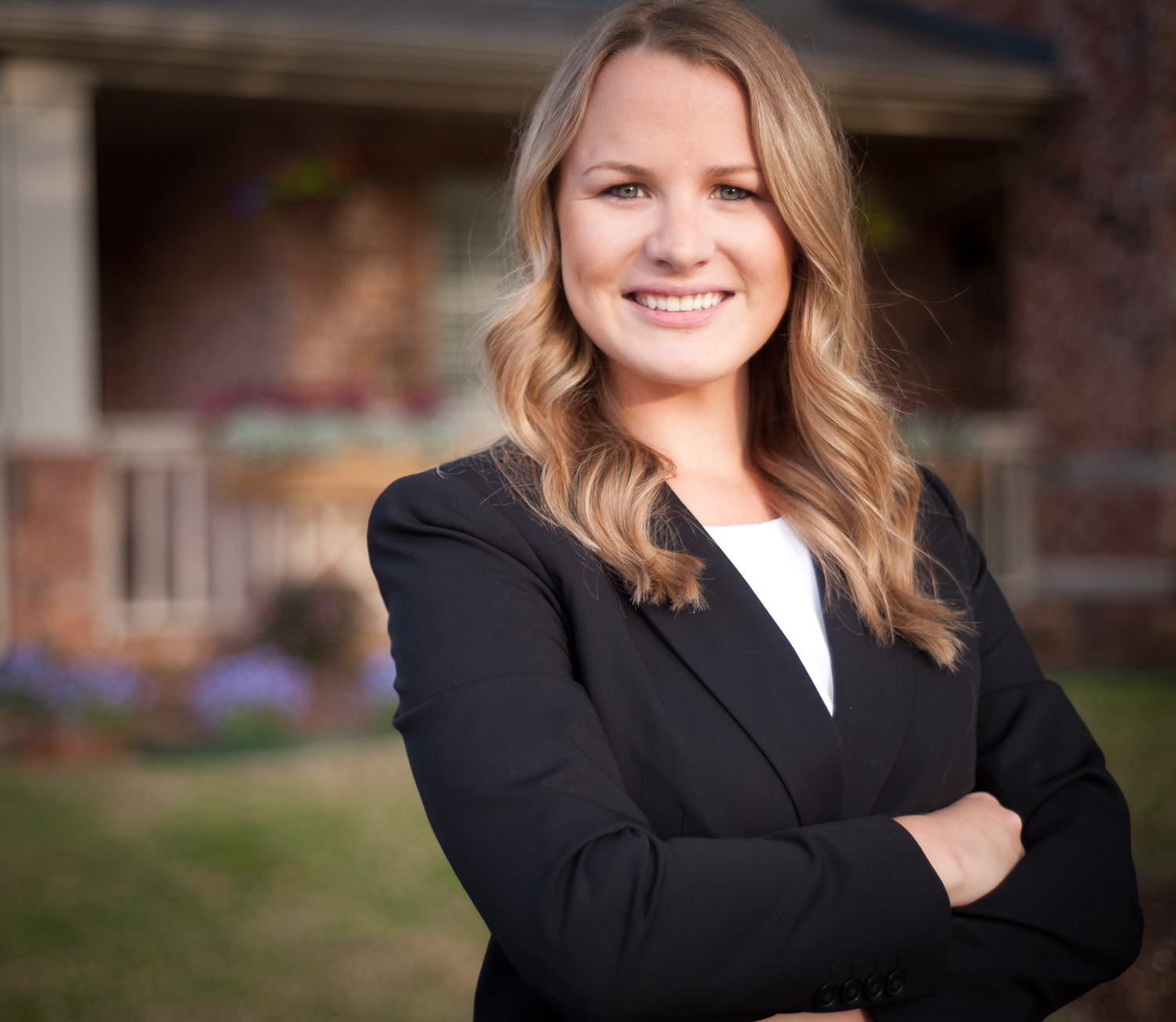 Rachel Robertstad grew up in Rowlett, TX, and has lived in North Texas all her life. She played varsity golf before attending and graduating from University of North Texas in 2010 with a bachelor of business administration with a focus in marketing. She worked as a licensed insurance adjuster after receiving her degree. She decided to pursue her lifelong dream of being a real estate agent in 2013.

Rachel and her husband recently started a new family, with their son. They enjoy hiking on the weekends at state parks throughout Texas with their Labrador. She is also involved with her church and enjoys serving her church family.

Rachel is licensed by the Texas Real Estate Commission and is accredited by Collin County Association of REALTORS. 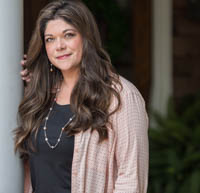 My name is Marie Steilen, I have been married for almost 21 years and am a mother of 3 children ages 20, 16, and 14.  I was born in Baton Rouge, Louisiana and as a child I lived in Athens, Greece and Lima, Peru before my father got a job that landed us in the great State of Texas.  I graduated from Keller High School and attended the University of Texas at Arlington where my major was Political Science with a minor in Spanish. I began working for the FBI in 1998 and remained there for the next 18 years.  I separated from the FBI to take care of my three children.  I now live in Lucas, Texas with my family and my two youngest children attend Lovejoy Highschool.  My Eldest son, I am proud to say, is a sophomore studying Engineering at Texas A&M University.  My hobbies are reading historical fiction, going to the movies and traveling the world.  I have always loved real estate and the idea of helping someone find the perfect home to suit their wants and needs! 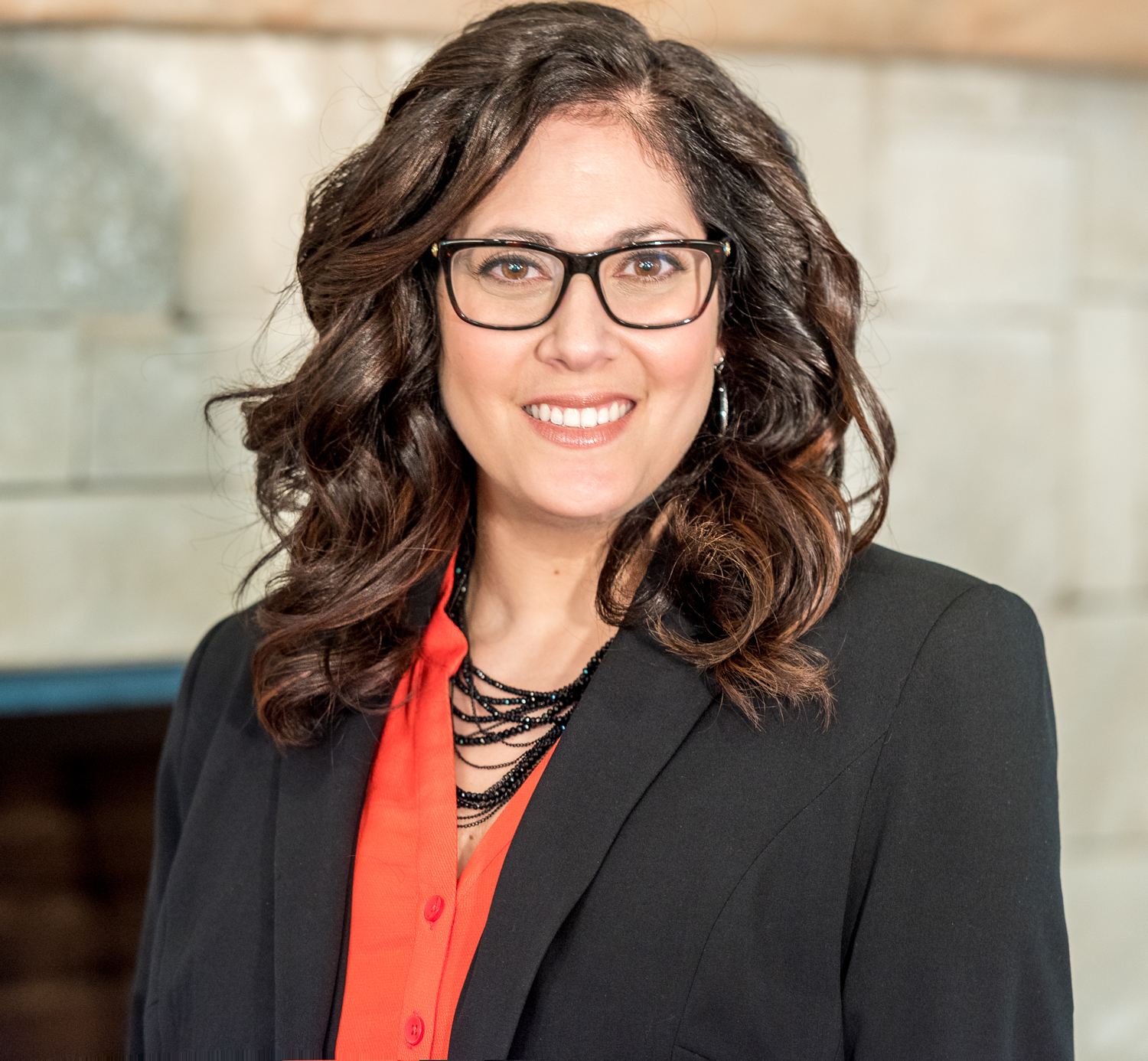 Nardeen Boxell grew up in the small town of Ponder, Texas where she met her husband and the current Lovejoy ISD basketball coach, Lance Boxell.  Together they are raising two beautiful children, one of which will attend Puster Elementary this Fall.

Mark Romerhaus was born in Indianapolis, Indiana and spent much of his life in the metropolitan area, including the majority of his youth growing up in Carmel. In 1999, he moved to Plano in the Dallas-Fort Worth, Texas Metroplex and has called McKinney home since 2000.

Mark began his working career in the actuarial field, including some years in management, before he decided to enter the real estate profession. Prior to the change, he’d been interested in homes and real estate for many years and had been involved in some real estate investing, as well.

Mark particularly enjoys competitive tennis. While at Carmel High School, he played on the Indiana High School Athletic Association boys’ tennis state championship team and earned all-state honors. He also played on the K College and IUPUI men’s teams. Mark served as assistant coach for the IUPUI men’s team and was IUPUI’s first Jaguars Letter Club President, emceeing the university’s inaugural Hall of Fame induction ceremony. He continues with tennis in United States Tennis Association league and tournament play, as well as with some coaching. Time with family and friends, travel (including several times to Spain), music, sports, technology, family history/genetic genealogy, and plants/horticulture are among Mark’s other interests.

Mark enjoys teaching, coaching, and training, in general, and working with others. More specifically to real estate, he takes sincere pleasure in helping to make a positive difference in the lives of others. 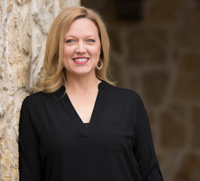 Brooke Drescher and her husband, Wes, live in Lucas with their two kids and yellow lab, Bo.  Their kids have attended Lovejoy schools since kindergarten and Brooke has served on the board at the elementary level, volunteered many hours and also worked in the district before earning her real estate license.

She has always been interested in real estate…from being involved in the duties and responsibilities of land ownership as a young adult to buying and selling multiple investment properties, she understands the many different aspects of real estate.  Born and raised in Plano, Texas, Brooke knows this area well!  She is excited to join the Matlock Real Estate Group and focus on real estate full time.  Brooke is looking forward to assisting you in your real estate needs. 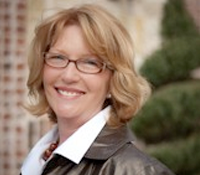 When a prospective buyer views a property, the more that they can envision the luxury of living there, the more likely they are to make an offer. Depersonalizing a property to showcase the house’s unique features is what a professional stager does best. Naureen is especially experienced at helping individuals and families make the transition from living in their home to staging it for the marketplace. She recognizes how it can be a difficult process for many people and is uniquely capable at working closely with the clients of Matlock Real Estate to ensure that color selections, furniture placement and arrangement, and removal of personal items is completed in a professional and caring manner and results in transforming a property from a comfortable home to a stunning house ready for market.

Properly staged estates have a much higher rate of success, and Naureen derives immense satisfaction from helping a homeowner attain the best design results and poising a property to capture the highest possible price. From the initial consultation to the final, perfectly staged product, Naureen’s delightful personality and passion for the design element of the real estate industry makes her the perfect addition to the exclusive team here at Matlock Real Estate. 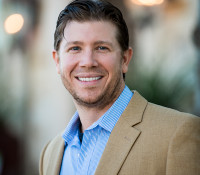 Erin Matlock is a highly valued component of Matlock Real Estate Group as the firm’s expert, in-house architectural photographer. An award-winning industry professional whose work is regularly featured in many of DFW’s high-end publications, Erin has had the unique privilege of showcasing some of the most amazing estates in Collin County.

Many prospective buyers do not have the time to view every potential property in person, and the vast majority of individuals base their decision to look at a listing solely on the photos viewed online, emphasizing the immense importance of selecting a real estate firm who exclusively works with the best industry photographers. Exceptional photos make all the difference in the presentation of a property on market, and Erin’s keen attention to detail, lighting and visual potential is what will set your listing stands apart from its competition.

Erin’s skill and expertise behind the camera ensures that Matlock Real Estate group consistently delivers higher quality images that result in homes being seen in the most attractive, luxurious possible light. He recognizes that a listing often only has one chance to make an impression, and his photos stand as a testament to the difference that an industry leading photographer has to the market potential of a property. Trust your estate to Erin’s professional eye to ensure that a prospective buyer sees only the very best in your property.

Click below to learn what sets apart Matlock Real Estate from other local firms.

Setting the Standard of Excellence in Luxury Real Estate

See the hottest homes before they hit the market by subscribing to our newsletter.